Deniz Ergürel: VR and AR are here to stay

We've had a short but nice talk with Deniz Ergürel, founder & editor of Virtual Reality news outlet Haptic.al. Deniz gave us his two cents about the market, possibilities, obstacles and predictions on both Virtual reality and Augmented reality. All you need to do is grab your coffee and get to reading!

The critical question here is how to bring a unique user experience, so that people find a value and make this technology a part of their lives? Do we need better hardware or better content? It's a combination of both. Like all other technologies, companies should concentrate on bringing products, services and distribution channels that people love. Once you have that, the market will find its way. At this point, I think every aspect of this industry is important. Even a VR news site like Haptical or a marketplace like CGTrader is very important. We are not producing hardware but we help people to make sense about why this new technology matters for their lives.

Do you see any soft barriers like prejudices, social aspects, etc. for people to adopt VR?

There is a famous saying about the VR adoption. There are people who love VR and there are others who haven't tried it yet. The first time I tried a VR headset I simply loved the experience and decided to go deeper. I think experimenting VR is the biggest barrier against adoption. Unfortunately, not everyone can experience VR today.

For instance, VR headsets are currently sold in selected countries. So if you are living in a country where there isn't any official sale, it's a very low possibility that you would adopt it. On the other hand, I think we also have to be very careful about the risk of bullying, defamation and any other assaults through VR. We should simply take this very seriously because VR is a much more powerful medium than any other existing platforms. The consequences can be much more severe then other platforms. There are also unknown risks about the use of private data in VR. Many people are still thrilled with the idea of internet cookies, web tracking, and personal file security, imagine when tech companies start to collect our eye movements in VR. I am sure there will be a lot of discussions around the use of personal data in VR.

Everyone kind of agrees that gaming will be the first to adopt VR, who is next to follow?

Right! Gaming is a very core area for VR, just like it is at the center of PC's, smartphones and tablets. Fun and entertainment is a very big part of our economy. On the other hand I think there are endless possibilities for live events, sports broadcasting, music concerts, real estate marketing, exotic travel experiences, healthcare, education, military training or retail sales. As Goldman Sachs states in its 2016 report, VR has the potential of disrupting all these industries in the next 5 to 10 years. I think all these industries will take its own share from this new market.

At CGT we have a number of 3D designers, who basically have skills to build the very first thing for VR - virtual objects. What 3 things they could do and should consider if they decide to go into VR content creation? Where to start?

The second thing to consider is that VR is not a "new" technology. It existed for many years. Now it is getting popular because the technology is more accessible. But for many years there have been numerous researches and scientific explorations around VR. So if you are facing with a problem, your answer may already have been given by a another person back in the 90's or even in the 80's.

The third and maybe the most important thing to consider is to experiment. Today, VR technology is in flux. Hardware, software and the distribution channels are constantly evolving. We are currently in the VR 1.0 stage. Things will be much more different in VR 2.0 when we start interacting and socializing with each other through user generated content. So for now, experimentation is the key for success. I'd advice every designer to go out and try their best. Don't be afraid to break the rules, because there aren't many. At this stage you will write the rules.

VR vs. AR - which will get to mainstream first and why?

I think we really don't need to compare these technologies with each other. Simply because both VR and AR offer things that the other can't do. I personally enjoy immersing myself in another world and prefer VR experience over AR. On the other hand I can't deny the success story of Pokemon Go. If you think it that way, AR has already gone mainstream. But on the headsets, it's a whole new story. Both VR and AR promise us different things, and I avoid describing them as rivals. As long as they fulfill their promise, they can be both mainstream.

What VR devices do you expect to lead the market by 2017?

Mobile VR. There are billions of smartphone users in the world, they've become an indispensable part of our lives. Samsung was the first to exploit this area with Gear VR. Google Daydream View is on its way and there are rumors about Apple introducing an iPhone with VR capabilities along with a VR headset. Potentially we are all carrying a VR headset in our pockets. I love the Oculus and HTC Vive experience but it seems that Mobile VR may take off faster than expected. Another breakthrough could be wireless VR headsets.

Companies like Google, Playstation or Apple are reportedly taking more approach towards VR/AR. Do you think the big guys are essential for this business or can a newcomer take the main spotlight?

I think major companies' investment in VR/AR is essential for the future of this business. Simply because, they are pouring billions of dollars into new products and services. They feed the global community. Seeing their investment we can assume that they won't just let this fade away. Besides, It's good to know that the future of VR/AR is not only about one company failing or succeeding, it's about the whole ecosystem moving in tandem at a global scale.

But yes a newcomer can always take the main spotlight. This is what happened throughout the tech history and will happen in the future. Apple, Microsoft, Samsung, Google, Sony were all newcomers at some level. The companies may change, but VR and AR are here to stay, this is what matters the most. 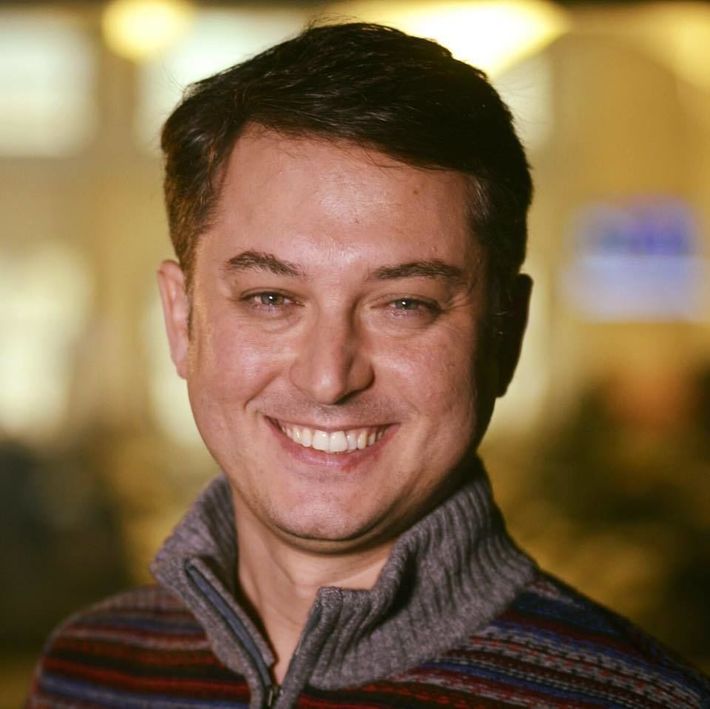 Tell us what you think!

VR is very promising but we need a sleek lightweight VR device and minimal resolution of 4K + a monster of a GPU to get it going. There is allot of 3D content around that can be assembled relatively quickly to create VR animations/experiences of all sorts, but current hardware and install base does not promote this from happening (we even have VR content stores already up and running). Current VR devices are just too big, clunky, heavy, low resolution and to expensive + current high end GPU is also very expensive and not up to the task to lift 4K VR. We have inexpensive 4K TV display's to compete against, so things must be crisp and clear and comfortable to wear, otherwise people will not spend the extra money. Good thing is, most developers and 3D content creators (including me) are strongly convinced this is going to get big and are highly motivated to create content for the platform, but the hardware definitely is going to need some massive push forward in order to get things going.

What do we write about?